Spirituality: The New Opiate of the People. (Pt. IIB)

The Story of the Four 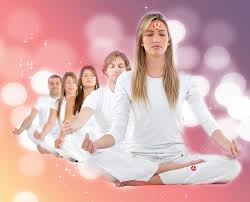 It has been awhile since I have been able to sit down and have the time to return to my series of posts and, having woken up early enough on a Saturday morning, I shall proceed with where I left off last time when I had to cut part II of my series “Spirituality: The New Opiate of the People” in half.

In that post I discussed the movement toward the psychologization of religion engenders support of late capitalist ideologies. Continuing fro, coupled with psychology, m where I left off, the current post will concern the further privatization of religion and spirituality.

Psychology’s engagement with religion during the late 19th and 20th centuries followed the long trajectory in the privatization of religion and “the reconfiguration of the religion in terms of he private, psychological self” (Carrette and King 68).  While “unwitting in some cases, intentional in others, this move would…

This entry was posted in Uncategorized. Bookmark the permalink.

On Becoming Maria
Memoirs of a Re-pat.